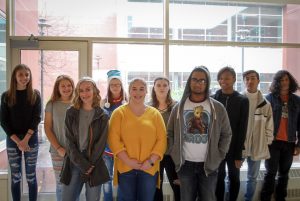 The JagWire is the best place to get a students perspective on the news stories that matter. If something is happening at Century, the JagWire is covering it. Articles from The JagWire are written by the JagWire staff; students enrolled in the JagMedia class.

The JagWire staff consists of:

We believe that students have the right to report on and editorialize about controversial and crucial events in the school, community, nation, and world. They also have the responsibility to report accurately and fairly. The JagWire upholds the right of students to exercise the freedom of expression guaranteed by the First Amendment of the Constitution of the United States, and the Oregon State Constitution.