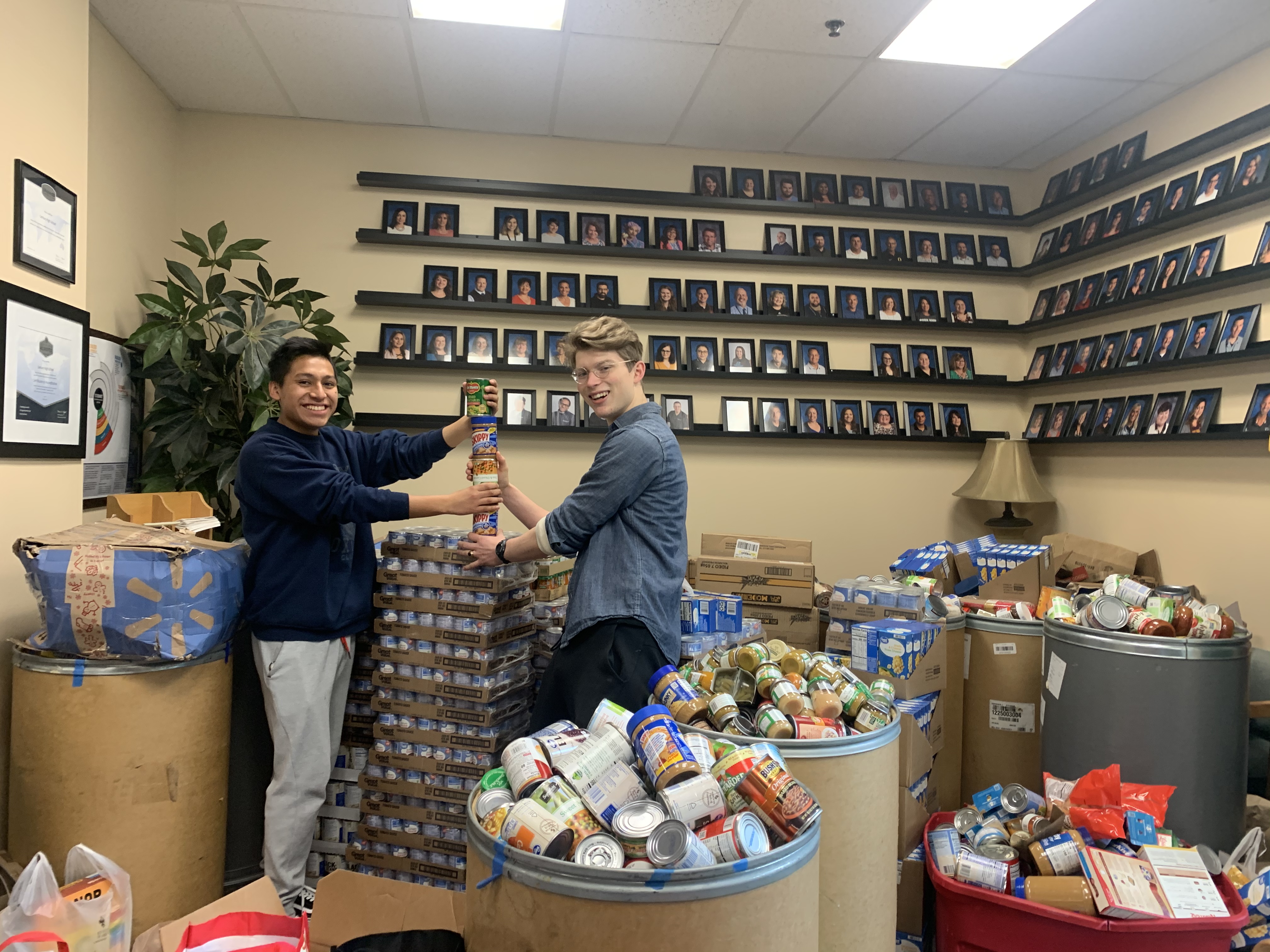 The canned food drive is off to a great start! For the can auction held on the fourth, we were able to get a few items donated, one of them being a rare pair of Travis Scott Air Jordans. The students bid cans on the items that they will have to bring in within a week to receive the prize.

“The rare shoes were able to go for 4,050 cans after several students got into a bidding war. It was a great win for Century and our community,” said Mr. Thomas, the teacher in charge of running the canned food drive. “In addition to the auction we have an ongoing event during the drive called the “Rock” rock hunt. We have hidden a rock with a picture of Dwayne “The Rock” Johnson on it. If a student finds it they receive a $5 dutch gift card and 5 can points for every student in their 2nd period class, which is the class we are collecting cans in. The rock has already been found three times already! There are directions on the rock as to what to do when it is found.”

Century High School’s goal this year is 25,000 cans. Last year we got almost touched 20,000 cans. With what we already have if every student brought in only 13 cans we would reach our goal. Last year we had 87% of classes participating in the drive and this year we have 76% and our goal is 100% of classes participating! If we reach the participation goal and the can goal, Mr. Ross will get a tattoo of Century’s logo on his calf!

Mr. Thomas believes the food drive is very important because of the families we are trying to help. “The reason we do this is to make an impact for those in need within our community. All of the cans are given to our local ELKS club. They then create food boxes that they pass out to families with food insecurities during the entire winter break. We are literally helping to feed families during the winter months.”

Many students at Century also believe that the canned food drive is important and hope their peers participate.

Jessica Jose, a senior at Century and a member of the Century’s student government said, “The reason why I feel it is important is because all the cans go back the Hillsboro School District families. And for the people that don’t really participate, they don’t really understand how it impacts their own classmates and that the cans do they go back to the students.”

Century High School is currently in the lead with over 18,000 cans compared to Glencoe, Hilhi, and Liberty! With the can food drive ending on Tuesday December 17th, we could easily see our goals come in full swing.