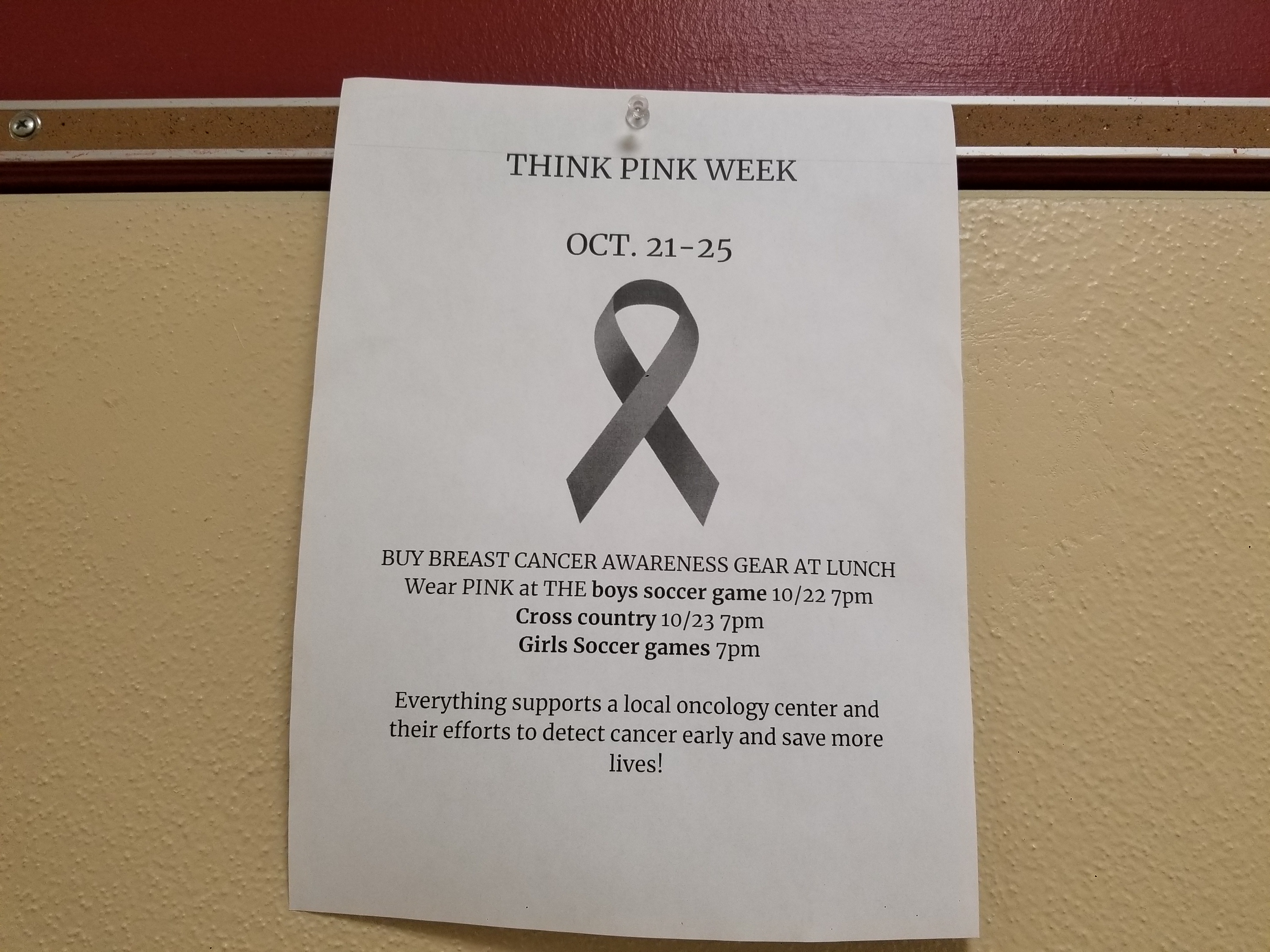 The month of October is known as National Breast Cancer Awareness Month, and is an annual international health campaign organized to raise awareness for the disease and help support those in need.

Breast Cancer Awareness Month was created in 1985 by the American Academy of Family Physicians, AstraZeneca Healthcare Foundation, CancerCare, Inc., and a variety of other sponsors to gain funding for a cure for the disease.

One of the events held at our school during Breast Cancer Awareness Month is Think Pink Week, where students are encouraged to wear pink in support of those who have the disease and keep them in their hearts.

One of the most known symbols of Breast Cancer Awareness is the pink ribbon seen almost everywhere during the month of October. However, the first known use of the ribbon was actually in 1991 during a race in New York for survivors of the disease, where participants were given pink ribbons in acknowledgment of their hardships.

A sad fact of the matter is that one in eight women will contract breast cancer. While that twelve percent may not seem like much, it equals around 464,350,000 women who will develop the disease.

October may already be over, but we can still show our support for survivors and women who have the disease by wearing pink and donating to the cause.