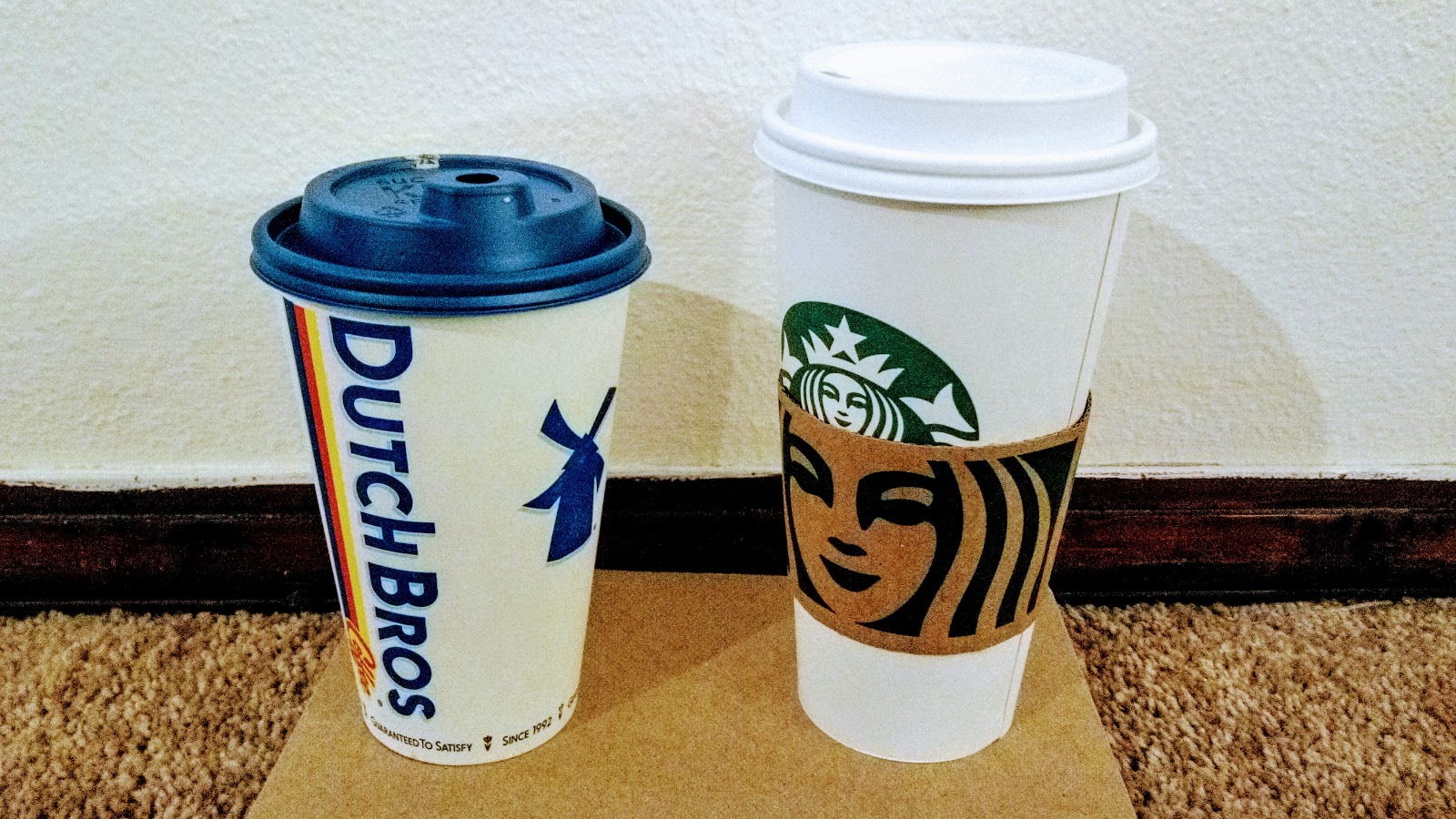 In the west, there’s a coffee place called ‘Dutch Bros’ which serves a giant amount of drinks but competes with Starbucks, another coffee place that’s been around longer and serves another giant group of drinks. This makes the question of which place is better: Dutch Bros or Starbucks?

Today, we’ll see what Century High School (CHS) thinks the answer to this question is. Before that, let’s talk about benefits for getting one over the other.

Dutch Bros has a simple reward system which has it so every ten drinks you have, the eleventh one is Free. Meanwhile, Starbucks has you have to buy a lot more drinks before getting a free one and that free one has an expiration date unlike Dutch Bros.

Mr. Conner, the Graphic Design teacher says “I don’t really drink coffee much so like… I probably like to go to Dutch Bros more because they have some other options that Starbucks doesn’t have.”

Meanwhile, Starbucks allows you to refill brewed coffee and tea for free, while Dutch doesn’t due refills, only new orders.

Along with that, Starbucks has a lot more locations and has been open for about twenty one more years compared to Dutch Bros.

Harrison Oddo, a 9th grade student states that “I like Starbucks more than Dutch Bros because I feel like Dutch Bros coffee kind of sucks..”

The most popular drinks at Starbucks are the Vanilla Latte, Ice White Chocolate Mocha, Pumpkin Spice Latte, Cinnamon Roll Frappuccino, and the Java Chip Frappuccino according to “Balance Blog”.

Now that you know a bit more info about both franchises, what would you prefer. Dutch Bros. or Starbucks?