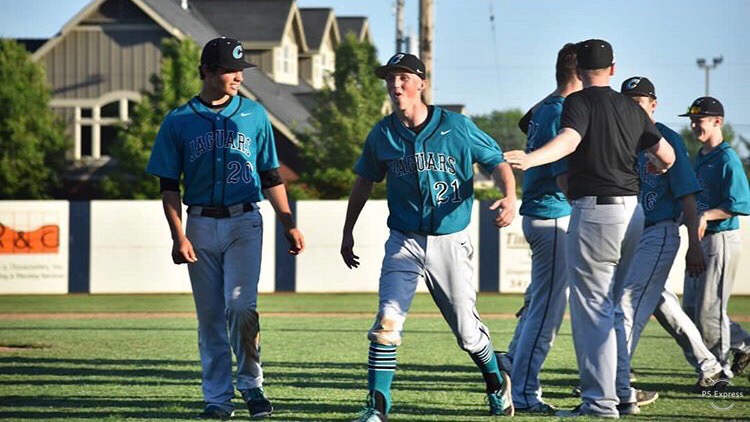 The Men’s Baseball Season Kicks off this month, Competing in the Pacific Conference, they are hoping to win a league championship and compete for a State Title. The Men’s Varsity team is coached by Mason Wright, who is also an AVID and ELA Freshman Block Teacher at Century High School.

This years squad is expected to accomplish big things as they will head into the season with a lot of experience. The Varsity Team features 9 seniors and 3 juniors, however the team only features 2 underclassmen a Freshman Niko Rosell and Sophomore Nathan Martinez.

The boys are looking to bounce back from a pretty successful season last year; where they made it to the second round of the OSAA playoffs after only falling short to Westview by 1 run. The Jags begin Pacific Conference play in April, with the first series game coming against Glencoe.

Senior Kyler Somers is a Pitcher and First Basemen, had this to say about this seasons goal for the team. “Our whole team is excited to play this year, we have a good chance at making it far in league, our goal is to win league and win a State Championship”

“Last season was good, we lost in the second round of the playoffs by 1 to Westview who ended up winning state, it was a success but could have been better” Kyler added when discussing Last season.

When asked about a very important part of Century sports, the crowd, Kyler said “the crowds for our games could be definitely could be better, we are grateful for the people who come watch but we don’t get nearly the same numbers of people compared to other sports”

Freshman Third basemen Niko Rosell said this about the upcoming season “I am looking forward to playing with the team because they are a great group of guys. The team goal for us is to go win state”

Finally when asked about adapting to the varsity level of play Freshman Niko Rosell said “The varsity environment has been a change, because going from 14u club ball to playing with seniors, they are bigger, faster and stronger so you always have to be on your toes and ready to go.”

We can all tell that the Century Jaguars are to be taken very serious as they have all the right players and coaches to make a great run for state, so jags make sure to get out and support our baseball team! For dates and times for Games check out the OSAA Team Page.